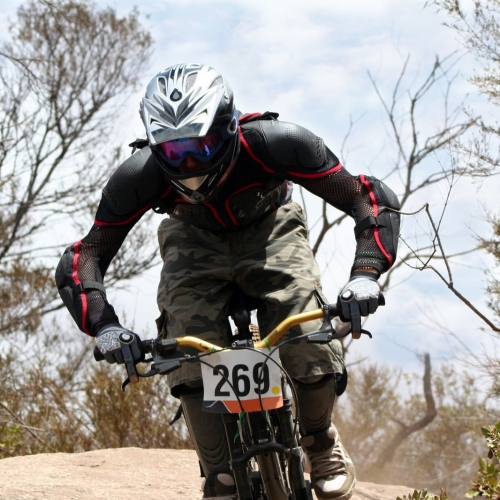 I have to say, this was the second time I got to try BioTropic and I felt fantastic on Saturday. I had been up since [2:30] in the morning. I left the house at 5 am then got to the riding area and started riding around noon.

We did 75 miles of the most grueling single-track I’ve ever done in my life and I was completely focused and not fatigued the entire time. The guys I was riding with thought I was a nut. But then I gave two of them one to try the next day and they said they felt better than they thought they would on the second day which of course is when you’re typically wiped out before you even begin.

My riding buddy who I regularly ride with was having a tough time Saturday. He hadn’t eaten well, so that was a big part of it. I gave him some BioTropic to take Saturday night and then again Sunday morning before riding again. Then another for recovery after Sunday’s ride.

He felt good enough that he even mentioned he’d buy them based on that limited experience. He felt that much better.

Try it yourself, 30 day money back guaranteed