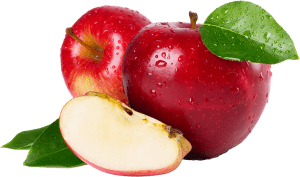 Are you aware that there is a 5th season? Well there IS, and it’s called Eating Season! What does this magical, glorious season entail? It should be obvious—EATING! Lots and lots of eating.

More eating than you are accustomed to through the course of the rest of the year. And where does this leave you? Sadly, it leaves you sluggish, grumpy, lethargic, disgusted and 5-to-10 lbs. heavier.

This doesn’t sound like much of a life does it? Luckily for you, Eating Season only lasts for a couple weeks. It’s usually about mid-December through January second. This is when the office is prime for holiday goodies like cakes, cookies, candy canes, bowls of festive-colored M & Ms and a myriad of day and nighttime parties.

And believe me when I tell you, those parties can be doozies! There is no shortage of heavy, creamy, caramelized food to go around; coupled with equally heavy and calorie-laden adult beverages.

And thematic, mixed drinks are only part of the problem. You are sure to find a big old bowl of spiked eggnog, somewhere on a spread. A cup of that can quickly add 500 calories to your caloric total.

But all is not bad on the home front. Now that we have addressed that there is this very real thing called Eating Season, we can ensure that you won’t get bogged down by it and become a curmudgeon that no one wants to be around once it’s passed.

Fix it Before it’s Broken

Yes, I know you’ve always been told “If it aint broke, don’t try to fix it.” But that’s a myth. It’s more like, fix the problem before it starts. And you can make that magic happen with your body. Instead of sitting around, staring at the brown stain on your wall, get up from the couch and form a habit of activity.

It’s really easy. Here’s how you can apply this practically. After you finish dinner, grab yourself a flashlight, unless you live in a well-lit community, open your front door and proceed to move each leg in front of the other in an alternating pattern for an extended period of time.

This is a form of exercise known as “walking.” Never underestimate the power that this physical activity has on your body AND mind. By walking in the evening for about 30 minutes, you promote better digestion, burn some calories, put your mind at ease AND reduce the risk of putting on the excess weight associated with Eating Season.

Your goal here is to start this habit as soon as possible so you can bang your way through the end of December and start January off on the right foot—no pun intended.

There’s nothing wrong with noshing on some mashed potatoes with butter, turkey smothered in gravy and chocolate pudding pie with a hill of whipped cream on top from time to time. But the problem occurs when you let this inroad of consumption get the best of you over a series of days.

Limiting your intake to one big meal is going to be the cat’s meow in this situation. But what if you lack the willpower to follow through on the remaining days of Eating Season? What happens if you have so many leftovers that you don’t know what to do with them? And what happens if your discipline is not up to par and said leftovers keep calling your name?

Well, this can cause a major disruption. The best thing you can do here is create substitutions with the dishes you make and contribute to big family feasts. Instead of going with the butter on your mashed potatoes, use coconut oil.

Instead of drenching your slabs of turkey with gravy, opt for cranberry sauce. Instead of having an ongoing relationship with chocolate pudding pie and whipped cream, go with a vegan pumpkin pie, and use a whipped topping alternative made from coconut.

You will literally spare yourself a ton of calories by going this route. And the best news is, you can still enjoy good, tasty food!

Are you aware how sumo wrestlers eat? They usually consume one gigantic meal late in the evening and then go right to bed. This is because it is the best time to put on weight. Your body and organs want to go into buffer mode and recover from all the work they did during the day.

If you aspire to be a sumo wrestler, more power to you! Build yourself a nice big buffet of food around the midnight hour and have at it. But I’m pretty sure that’s not on your vision board as a major life goal.

In contrast, if you are trying to keep weight gain at bay, then shut your mouth around 7 pm or earlier, and keep it shut! Or at least, do NOT allow any more calories to pass through your lips.

By doing so, your body will recover better and faster, and you will not succumb to the weight gain you are trying to avoid.

Cut Down on Your Meal Frequency

I’ll even go one step further and say, follow a time-restricted eating window. You may know this as intermittent fasting, but it’s a bit different. Only eat two meals a day with no snacks and fit them into an 8-hour time slot.

If you were to stop eating by 7 pm AND still go off the rails with your diet, the damage done will be way less severe. A good example of how to do this is, eat a meal at 10 am and 5 pm and that’s it.

At first, this could be a little challenging. But in a few short weeks, you’ll be right on cue and it’ll be second nature to you.

You are now well-armed with some actionable steps to ward off the effects of Eating Season. Put them into practice right now and use them any time a holiday rolls around. By doing so, you will stay on track, be motivated and not have to worry about frustrating pounds that seem to always crop up like ants on a half-eaten pork chop.

With that, I have to go fix myself a nice healthy dinner. All this talk of food has suddenly made me hungry.

If you have any questions or comments, feel free to give me a shout!

This is K/Rail signing off! 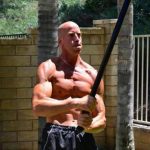 5 Ab Exercises You SHOULD Be Doing!Blog 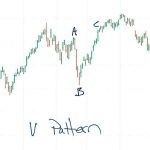 Is this the beginning of the end?Blog